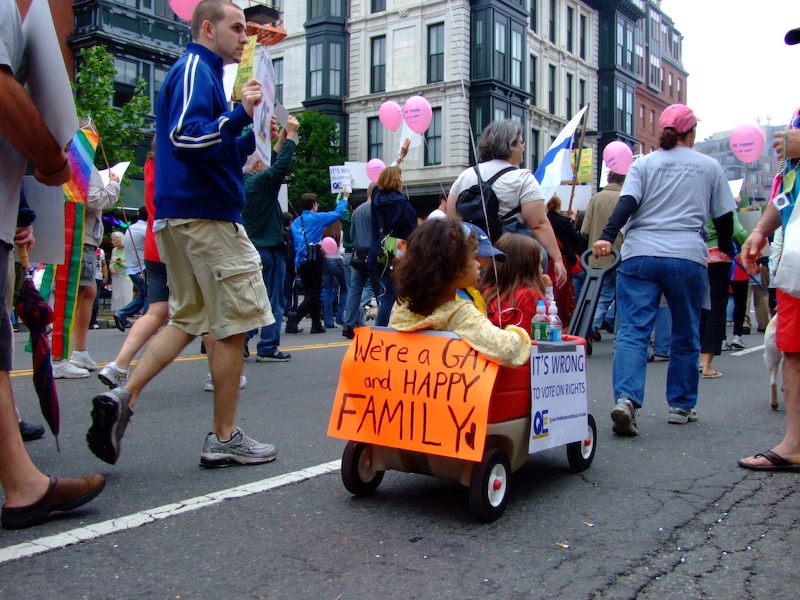 The debate on “family values” is broadly over the types of family we consider legitimate. The term is has become shorthand for a normative ideal: the married heterosexual couple with children. But, encouraged by scientific innovation, an increasing number of families do not fit this mold. In the absence of any meaningful research that compares the value or values of different family structures, how should we understand them? So, what are the key issues in this debate? What should we be measuring? And why do people disagree?

In 2012, Hungary passed its new constitution. For Viktor Orban, the country’s controversial leader, this was the first step to achieving his grand vision for a new Hungary, the “illiberal state.” he had spent years campaigning to bring to life.

“Hungary shall protect the institution of marriage as the union of a man and a woman established by voluntary decision, and the family as the basis of the nation’s survival.”

Hungary is not alone in its enthusiastic “pro-family” approach. It is particularly pronounced in regimes run by shades of the Christian right. In these countries - such as Poland and Hungary - citizens are now incentivised to commit to traditional nuclear arrangements with hefty compensation packages. In these cases, tax breaks and financial rewards for having large families, wrapped up in the rhetoric of social responsibility and national pride.

Beyond the rhetoric about ‘repopulation’, is a policy programme in which nuclear, heteronormative families are the default, and the woman’s place is in the home. Some argue that this is the push back they have longed for, one that challenges the liberal elite’s indiscriminate view of families and their values.

‘Traditional families’ for the Social Good

Others claim heteronormative families are necessary for the good of society. They argue that non-traditional relationships are a symptom of wider instability. For them, this convention is an organising principle - as fundamental as the rule of law - that creates the shared values necessary for healthy democracy.

This is evidenced in this bloc’s critical views of polyamorous relationships. Journalist Peter Franklin writes “Monogamy is the foundation of a stable society, as is a balanced gender ratio. We undermine either at our peril.”

The claim is based on the controversial assumption that polyamorous relationships create gender imbalance. It argues that wealthy men are more attractive to women than those that cannot “provide”. These men effectively “buy” multiple partners, leaving an excess of poorer, single men whose anger reverberates violently across their societies in acts of violence, extremism and disregard for the other - fragile - norms upon which stability depends.

Others claim that this kind of dating economy has led to the rise of the “incel”: disenfranchised, self-described unattractive, angry men who project their self-hatred onto women.

In 2017, the Economist reported that non-traditional relationships were“one of the reasons why the Arab Spring erupted, why the jihadists of Boko Haram and Islamic State were able to conquer swathes of Nigeria, Iraq and Syria, and why the polygamous parts of Indonesia and Haiti are so turbulent… The taking of multiple wives is a feature of life in all of the 20 most unstable countries on the Fragile States Index compiled by the Fund for Peace, an NGO”

UnHerd Deputy Editor Ed West writes that polyamorous relationships are problematic because they reinforce the patriarchy. He argues that “the socially liberal zeitgeist is led by the ruthless business leaders of northern California who support diversity and freedom and love when it’s good for business.”

West is part of a growing faction that sees the thrust for non-traditional relationships as a way for powerful men to exert their sexual agency under the guise of equality for all. If we consider that these groups traditionally hold the power in societies - inclusive of romantic choices - this is concerning.

In this case, the issue is two-fold. Firstly, that polyamory is built on false promises. It is an essential capitalist idea that sustains patriarchal structures in the name of freedom. Secondly, that in failing to interrogate this idea we are giving rise to a whole other subset of toxic politics: “It’s almost as if making life more fun for powerful men is the whole point of social justice liberalism these days.”

Neither of these ideas captures the broader question: what is the point of relationships? To make value judgments about non-traditional arrangements surely only makes sense if we have established what the purpose of a relationship is. The concerns of its detractors are based on assumptions that heterosexual men are the most “valuable” commodities in the dating economy. Is it ironic that this bloc is made up of that same vocal group? Is their anxiety borne out of feeling threatened?

Harvard Business School Professor Debora L. Spar looks at this debate from the perspective of In vitro gametogenesis (I.V.G). This revolutionary process would give all the opportunity to procreate - regardless of their number, their gender, their age or their sex. Spar notes that this innovation is particularly important because of what it means for the way we understand relationships: “If the revolution of I.V.F. was to liberate reproduction from sex, then the even bigger revolution of I.V.G. is to dismantle completely the reproductive structure of heterosexuality.”

If arguments for heteronormative families have always been based on reproductive realities, this breakthrough extends far beyond the medical. The opportunity to reproduce outside of these strictures reduces the mainstay of these arguments. That is, the end of the Christian concept of family.

As Spar says, “For most of human history, after all, families across the Western world were defined in largely biblical terms: one man, one woman, with children conceived through sex and sanctified by marriage.”

Those - such as West - who do not countenance these views, neglect to consider LGBTQ+ preferences in their analysis. Is this because Spar is correct? Is the debate around relationship norms today still based on our faith in a Biblical maxim?

Sociology Professor Linda Waite would say yes. Waite notes that a fundamental problem with this approach is that it fails to account for the statistical realities of this “ideal”. Almost fifty percent of American marriages end in divorce or separation. Amongst those that have children, the woman is much more likely to gain custody. Evidence overwhelmingly “points to a higher risk of poor outcomes for children raised by single mothers, in divorced families or by parents with few resources or bad tempers than among the lucky few who have stably married parents.”

Given this, Waite calls for a rethinking of these values. What is their purpose? Are we choosing the wrong starting point when deciding how a society should look? Should we be asking why traditional models are failing, rather than offering cash bribes for their resurrection?

How do those that say alternative models cause social disintegration reconcile their beliefs with soaring divorce statistics?

Some argue that poly-parenting, in which children are raised by multiple “parents” is a much more stable approach to family. Commenting on its rise in North America, journalist Briony Smith writes “Parenting was once much more of a community effort, with neighbours, elders and extended family all pitching in on child rearing. Now this system has eroded.”

In this, she touches on a paradox of this debate. That this so-called “modern” brand of parenting can also be seen as a reinterpretation of older practices. Ones - ironically - in which the family was much more central to everyday life than it is in the West today.

The crux of this debate rests on how “family values” has become a malignant, politicised term now used by all sides to claim moral superiority. What is clear, is that while the way family is performed may have changed - poly-parenting instead of the ‘village approach’ for example - the new social relationships that hold it together are hardly radical. Where we might gain valuable insights is from data.

Current research suggests that the “Christian” model no longer works. But is this truly a failure of the hetereonormative family? Or is it linked to other social and political factors that have granted many in the West greater agency over their own lives? Until that same data is available for alternative types of relationships, it is impossible to say.