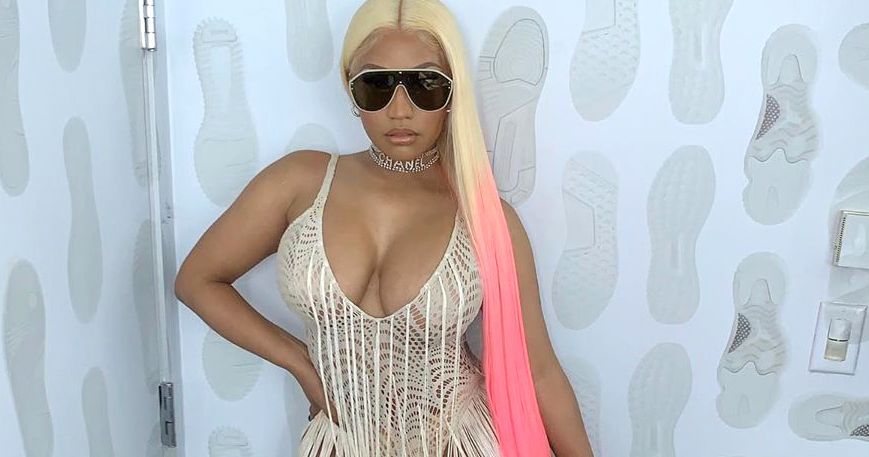 In August 2020, Cardi B and Megan Thee Stallion broke streaming world records with their rap duet “WAP”, an acronym for “Wet Ass P***y”.

But not everyone celebrated its success.

With a graphic celebrity-studded video to accompany its lyrical celebration of female arousal, WAP has divided people. Some call it morally corrupt, anti-feminist and proof that the patriarchy still controls women.

Others see it as a powerful expression of female empowerment and agency that legitimises marginalised groups and their voices.

What are the key issues in this debate?

WAP’s lyrics are all about different ways a woman wants to have sex. Verses such as “Tie me up like I’m surprised; Let’s roleplay, I’ll wear a disguise” have divided people over how we should read WAP’s representation of female sexuality.

A. “My only real concern is that the women involved - who apparently need a bucket and mop - get the medical attention they require” - Ben Shapiro

From Shapiro’s perspective, WAP is purely pornographic. He believes that it is demeaning to women, objectifying them and suggesting their only value is in their sex appeal and abilities to please men.

Both WAP’s video and its lyrics perpetuate degrading ideas about women, their role, and their value in society. Shapiro’s larger point was about exaggerated female sexuality: if our culture conforms to pornographic ideals, is female sexuality being weaponized to undermine gender equality?

B. “Surely the epitome of modern feminism is women rapping about the self-lubricating prowess of their vaginas.”- Rhea Cartwright

Cartwright’s point is that WAP is a free expression of female sexuality from the female perspective, and has not been channeled through the male gaze. She points to that subvert the narrative of the subordinate female: “I don’t cook, I don’t clean/But let me tell you how I got this ring” to show that power is firmly in female hands in WAP.

C. Others argue that women have been played into complicity in male-centric view of sex. The third wave feminist perspective sees expression of authentic female desire and sexuality as essential for liberation. That the song plays up to male stereotypes suggests that its artists are still operating within patriarchal structures.

These arguments also neglect to understand the broader power dynamics of sexual relationships. In the past, women might have been resigned to subordination and control without choice (with the opposite arguably predetermined for men). But women now have a choice over their “roles” during sex, whether that’s being a “sub”, “dom”, “pet” or something else that brings them pleasure.

Feminism is objectively clear: the social, political and economic equality of men and women. However, feminists argue about what this means in practice. WAP has become a battleground for how different types of feminism feel about the portrayal of women to reach this goal.

Yet, hits by men that have glorified male sexuality and arousal, which have not been critiqued in the same way. Songs such as Cam’ron’s “Suck it or Not” did not become battlegrounds for wider debates about the state of society, and modern gender roles. So, are we better placed looking at this conversation within the broader feminist movement, and its determinants?

A. “Cardi B & Megan Thee Stallion are what happens when children are raised without God and without a strong father figure. Their new ‘song’ The #WAP (which i heard accidentally) made me want to pour holy water in my ears and I feel sorry for future girls if this is their role model!”- James P. Bradley

Bradley’s quote WAP is problematic because it perpetuates the view that women exist to sexually satisfy men. These over the top sexual representations do not conform to what Bradley finds appealing, and he assumes this flagrancy is down to not having had a father figure.

Rather than being seen as their equals, these representations reinforce the idea that the value of women is measured by their bodies, youth, and sexual availability (or appeal) to men. And that it is the responsibility of men to train women in how to present themselves.

B. “But lengthy conversations slowly sensitised us to Cardi B’s no-holds-barred challenge to patriarchy and the song’s view of female sexuality. We came speak of how the dominant male gaze has gagged female freedom to such an extent that a woman is allowed to express her sexual urges, desires and aspirations only at the dictates of the phallus.” - Udita Das

Yet, others see this view of feminism as problematic. They argue that feminism rests on the agency a woman has over her body, her sexuality, and the opportunity to choose how it is perceived and performed.

C. “Megan is as vocal about the importance of university education as she is about her status as a “Big Ole Freak”…Both women embody the notion that you can love sex and still be a fully-realised human with interests and goals.”- Michell Chresfield

Chresfield believe that this Shapiro’s singular view of what feminism means “not only erases the activists, many of them sex workers, who fought to ensure that sexual liberation is taken seriously as a feminist endeavour, but it also excuses the patriarchy and sexism that have marginalised women around the globe.”

Chresfield argues that the issue therefore rests with those that criticise WAP. And, that this comes from a patriarchal need to control the way that womanhood is performed in the public sphere. It is a subversion of earlier forms of male-on-female control in which women were reduced to how they could service male needs in order to control them.

The commoditisation of women - where women are objectified to dehumanise them - has been a familiar trope throughout the feminist struggle. Some argue that Cardi B’s constant references to the value of men being in their financial worth, plays into this.

A. “Is it equality if the template has already been established by the former dominator? The answer is no.”- Russell Brand

Brand says that WAP is kidding itself if it sees itself as anything but proof that women are still commoditised in 2020. This type of second wave feminist outlook considers the problem with the song to be in its potential implications for the role of women in our societies. Its poronographic depictions of women as they writhe around describing themselves as “wh*res in the house” reproduces systemic inequalities.

B. WAP is a “capitalist objectification and commodification” of women - Russell Brand

His argument was that by performing to male-set standards intended to demean women, Cardi B and Megan Thee Stallion are complicit in the reproduction of these ideas. He goes on: “we ought to be aspiring to an entirely different set of values – not who has the power within an established set of values.”

When the song goes “Pay my tuition” for example, it presumes a financial trade off for sex, which perpetuates the long-held idea that women can be bought and sold as goods. Men choose what to “purchase”, and therefore women must aspire to appeal to them.

C. “As Cardi and Megan bask in their Blackness, whilst steering the sexual conversation in custom leopard and white tiger outfits, we are reminded of what Black women have endured in a society that has silenced and taken ownership of their bodies.”- Noah Berlatsky

Yet, does this hold if the woman is choosing to commodify herself? If women can now choose how to package themselves - whether that be as sex objects or intellectuals, career women or stay-at-home mothers - has society now reached a point where this anxiety no longer stands?

Berlatsky’s point is that the WAP narrative - especially in its video - raises visual cues to a history of women’s subjugation. The way they are presenting themselves is a deliberate nod to female sexual subordination.

Lorraine’s point about fatherless homes is widely considered a dig at black, poor women who disproportionately fall into this category. Her argument therefore is really about how sex for white, middle class women is of more value than it is for Cardi B and the demographic she imagines her to fall into.

Race has become a central theme in the WAP debate. Both Cardi B and Megan Thee Stallion are black women and some think it is offensive and misleading not to take this into account when looking for meaning in the song.

Others argue WAP has caused such uproar because it is by black women. Professor Creshfield notes that the most vocal of its critics are white men, suggesting that they are threatened by black women asserting their own power. Their performative outrage is racially charged, and just the latest incarnation of

Conversely, Entertainment writer Vinay Canon says this genre of criticism has become too prevalent in conversations where it is entirely irrelevant. He argues that the social context we live in, in which Black Lives Matter has brought invisible systemic racial injustices to light has led to race becoming the default lens we choose to read things through.

The Role of Art

What is the purpose of art? If it is a personal and subjective reflection of the self and one’s ideas, then should it be up for debate? Should others be allowed to make moral judgements about it?

A. “You can’t force your moral point of view on someone’s art.” - LL Cool J

His point is that WAP is a song, it is an artistic expression meant to entertain people. It is not meant as a political statement or the prompt for a wider debate. The questions we have raised come down to something else: why do people feel they are entitled to have a view? Or to take this particular record and use it to make wider claims about the artists involved and what they stand for?

Should we turn our attention to the motivations for its critiques, and defenders, and put those analyses at the heart of our readings into WAP and its cultural significance?

The cultural backlash to this song exposes the arguments within today’s major cultural debates: how should we think about sex, gender, class, race or money?