My childhood penpal was a convicted serial killer. Was his life, like his death, defined by White Fragility? 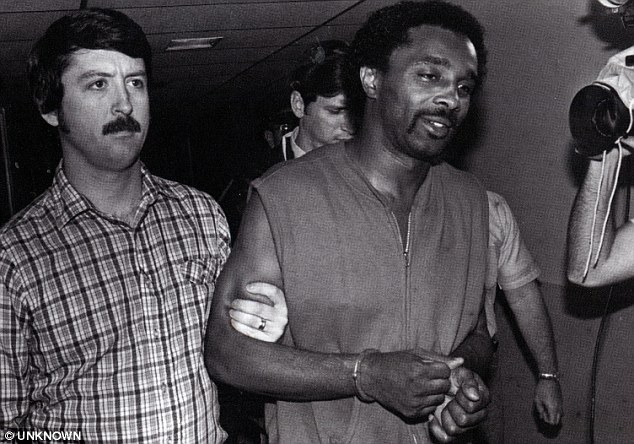 My childhood penpal was a death row serial killer. Carlton Gary, better known as “The Stocking Strangler” was accused of raping and murdering at least three elderly women. Gary was eventually executed in 2018, thirty two years after being put behind bars. And yet, other than being the “only black man in a white town”, he died without substantive evidence to pin him to these crimes.

The White Fragility debate touches on many of the issues around that case: what does it mean to be “raced”? And, how does it reproduce inequalities, and even death sentences for those unlucky enough for their blackness to be classified as a crime? Does white identity play into this reproduction? For many of us, we hanker after a loose concept of “justice”, without articulating what that looks like in a meaningful way.

In 2018 University of Washington Professor Robin DiAngelo published her now controversial theory of race, White Fragility. Two years on, galvanised by the protests following George Floyd’s murder, the book is back at the top of the New York Times Bestseller list, and DiAngelo has lectured the boards at Apple, Netflix, Nike, Goldman Sachs and more, on how white identity is predicated on white supremacy. The judge at Carlton Gary’s original hearing - John Land - was the son of Aaron Land, a white supremacist stalwart, whose local status was elevated after organising a lynch mob to brutalise and murder a black teenage boy. Despite DNA evidence conclusively proving that sperm cells found on the victims’ bodies bore no link to him, Gary never stood a chance in his court. There’s no doubt that white supremacy underpinned American cultural life then. But now? Does DiAngelo’s belief that it rages on in new guises - “White Fragility” - ring true?

Her thesis claims racism is reproduced through white disengagement. White people unconsciously see themselves as the “default” race and actively undermine and avoid challenges to this worldview. They distract from conversations about race through performative outrage, anger, distress, offense and surprise. Those responses prevent conversations about systemic inequalities, and how they are sustained by white individuals, taking place. 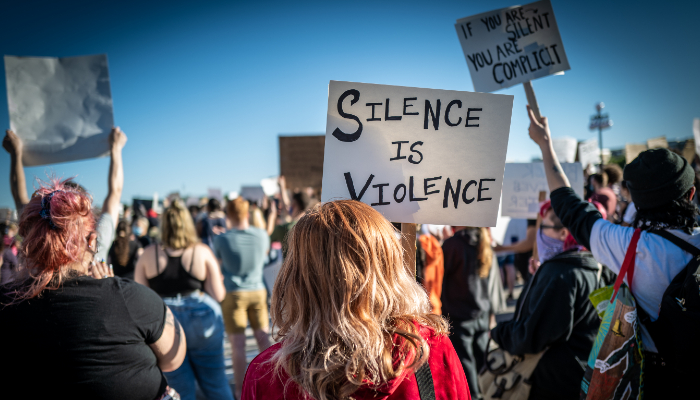 Ten days after George Floyd was murdered by Minneapolis police, anti-racism protests still blazed across America, and Democrat leadership invited DiAngelo to address the 184 Congress Democrats on a conference call. In a talk titled “Democratic Caucus family discussion on race”, DiAngelo hammered home her assertion that “the social contract underwriting all other social contracts in the Western world is white supremacy”. Even in the ears of the world’s most powerful, DiAngelo’s idea remains controversial across party lines.

Those that believe White Fragility is real point to our lived experience. They argue that internalised bias is an essential part of the white identity. In turn, this drives the systemic racism that blights black lives and manifests itself in uneven levels of crime, poverty, education, opportunity and prison numbers.

Earlier this month, New York Times reporter Isabel Wilkerson described a conversation she had had with social and cultural historian Gary Michael Tartakov. Discussing the thriving ‘American caste system’, Tartakov’s comments typified the rallying cries of the White Fragility lobby: “This is a civilisation searching for its humanity. It dehumanized others to build its civilisation. Now it needs to find its own.”

With such scant evidence linking Carlton Gary to the stocking stranglings, the weight of his conviction depended on the testimony of the killer’s only survivor. Gertrude Miller was saved by a rape alarm installed at her bedside. Her description of her assailant was lucid, distinctive. Her report details a heavily scarred man with a large, square jaw and wide eyes. Years later, when Miller spotted the slim, smooth-faced Gary on local TV she named him as her attacker. His only similarity to the man described in her statement was the colour of his skin.

Is white identity premised upon subordinative othering? DiAngelo would say yes. White Fragility claims to expose how racial superiority is an unavoidable part of the white experience. In an article titled “Dear white people, please read White Fragility” Washington Post columnist Jonathan Capehart says the dazzling crux of this idea is how it exposes a white crisis in responsibility. DiAngelo understands how “white Americans view racism as an individual moral failing instead of the waste product of a system that prioritizes white people and whose levers are consciously and unconsciously manipulated by them.”

Criticism for White Fragility is wide-ranging. Some consider it ironic that a white woman has become a celebrated voice for antiracism. They argue there is something intrinsically unsavoury about this ruthless crusade for acknowledging white supremacy. That is, why now? Why is it that a single book built on decades of thankless work by unknown black activists and writers is now a breathtaking phenomenon? They ask: could it be that its author is white?

Others see White Fragility as a racist construct. Celebrated Columbia University linguistics Professor John McWhorter says White Fragility reinvents racism by encouraging the patronising treatment of black people. Writing in The Atlantic, McWhorter says:“DiAngelo’s outlook rests upon a depiction of Black people as endlessly delicate poster children within this self-gratifying fantasy about how white America needs to think—or, better, stop thinking. Her answer to White Fragility, in other words, entails an elaborate and pitilessly dehumanizing condescension toward Black people. The sad truth is that anyone falling under the sway of this blinkered, self-satisfied, punitive stunt of a primer has been taught, by a well-intentioned but tragically misguided pastor, how to be racist in a whole new way.”

In that same genre of critical analysis, it has been argued that White Fragility is racist against white people. In assuming that white guilt is universal, DiAngelo is evangelising her own doctrine of racialised prejudice. Of course, this line of arguing is tied up in wider debates of whether white people can be victims of racism, or not. And yet, whatever semantics we choose to categorise her ideas, there is an essential truth in how White Fragility makes crude generalisations about entire, diverse and sprawling ethnic populations.

Segments of America’s right wing press have seized upon this particular infraction. National Review Critic-at-Large Kyle Smith describes DiAngelo as “a great American capitalist marketing genius, up there with the inventor of the pet rock or the people who figured out how to get rich by creating prestige brands of water.” His argument is that White Fragility’s ascent into the mainstream is part of the same thrust for wokeness that has birthed cancel culture, TERF Wars, the Harper’s Letter, and so on. This so-called “cult” is seen to prosletise a new simplified morality in which intangible elements of modern life - from culture to gender - must be classified as either “right” or “wrong”.

Whether White Fragility is useful as a theoretical tool to inspire reflection remains unknown. With questions about race now centrestage, is disentangling the relationships between ‘progressive’ ideas and subsequent actions a hopeless ambition? This is what critics call the “epistemological problem” of White Fragility. Without data to prove its claims, and without metrics with which to interpret its impact, how can we know whether it has a value?

The question of ‘evidence’ and ‘value’ in discussions of race remains controversial. When Carlton Gary was executed, his defence had provided a substantial body of evidence proving his involvement in the crimes was impossible. Yet judges crushed successive appeals, refusing to reverse his conviction, or to put the conclusive DNA proof of his innocence in front of a jury. In that case, is the real epistemic conundrum raised by the White Fragility debate about something that runs deeper? The understanding that however much ‘proof’ we have for racial inequalities, we still - as societies - fail to see beyond the colour of a person’s skin? What distinguishes the response to White Fragility from the performative outrage of its thesis?

It is important that we scrutinise the arguments, the performances, and the contexts that have brought White Fragility to our attention. But in doing so, we must not lose sight of the more expansive questions that offer opportunity to fix the devastating racial injustices that shape the black, and the white, experience today.